Do you have to pay your employees overtime?

Awards or Agreements will usually stipulate that “ordinary hours” consists of a certain number of hours that can be worked on any one day and the “spread” of hours between which these ordinary hours can be worked if they are to be paid at normal rates of pay.

Do all employees receive overtime?
No. Employees not working under an Award or Agreement but a private contract are usually given a starting and a finishing time. Overtime is rarely paid to these employees unless payment for overtime worked is actually specified within their private contract.

Overtime is usually expressed as a multiple of the normal hourly rate and will vary according to when the overtime is worked. The rates are commonly referred to as:

The higher rates of overtime usually apply when significantly more than the employee’s ordinary hours have been worked on a particular day or when an employee works on one of their non-work days eg a public holiday or Sunday.

Overtime is always calculated on a daily basis, and it should be noted that Awards or Agreements may have some restrictions on the number of hours overtime that can be worked in any one week eg no more than 20 hours per week.

Will an Award or Agreement tell me everything I need to know about when to pay overtime?

As a minimum, the Award should cover the overtime rate payable for:

hours worked outside the defined spread of hours

In general, Awards specify that overtime payment calculations are to be based on the “ordinary rate of pay”. In these circumstances, if an employee receives an hourly rate that is higher than the prescribed award rate, your organisation could choose to pay overtime based on the rate prescribed in the award rather than the actual rate they receive.

How do I calculate overtime?
The starting point is an employee’s hourly rate of pay. This is multiplied by the relevant factor (1½, 2, 2½, 3 etc) to achieve the overtime payment.

Unless an Award or Agreement says otherwise, allowances are usually included in overtime calculations.

When no ordinary time rate of pay is fixed for a particular employee, ordinary pay is calculated by averaging the weekly wage earned during the previous 12 months. This is particularly relevant when an employee is paid wholly or partly by commission.

Overtime should be paid on the next payday after advice of overtime worked has been received which allows for payroll processing deadlines from your pay office.

Do you have the right accountant?

Do you have what it takes to be your own boss?

Do you have what it takes to be your own boss?

Don’t get confused with spam

How to create a captivating headline 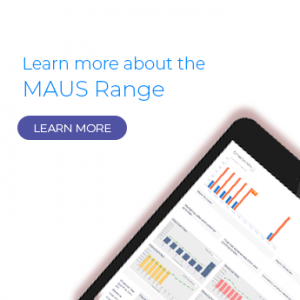